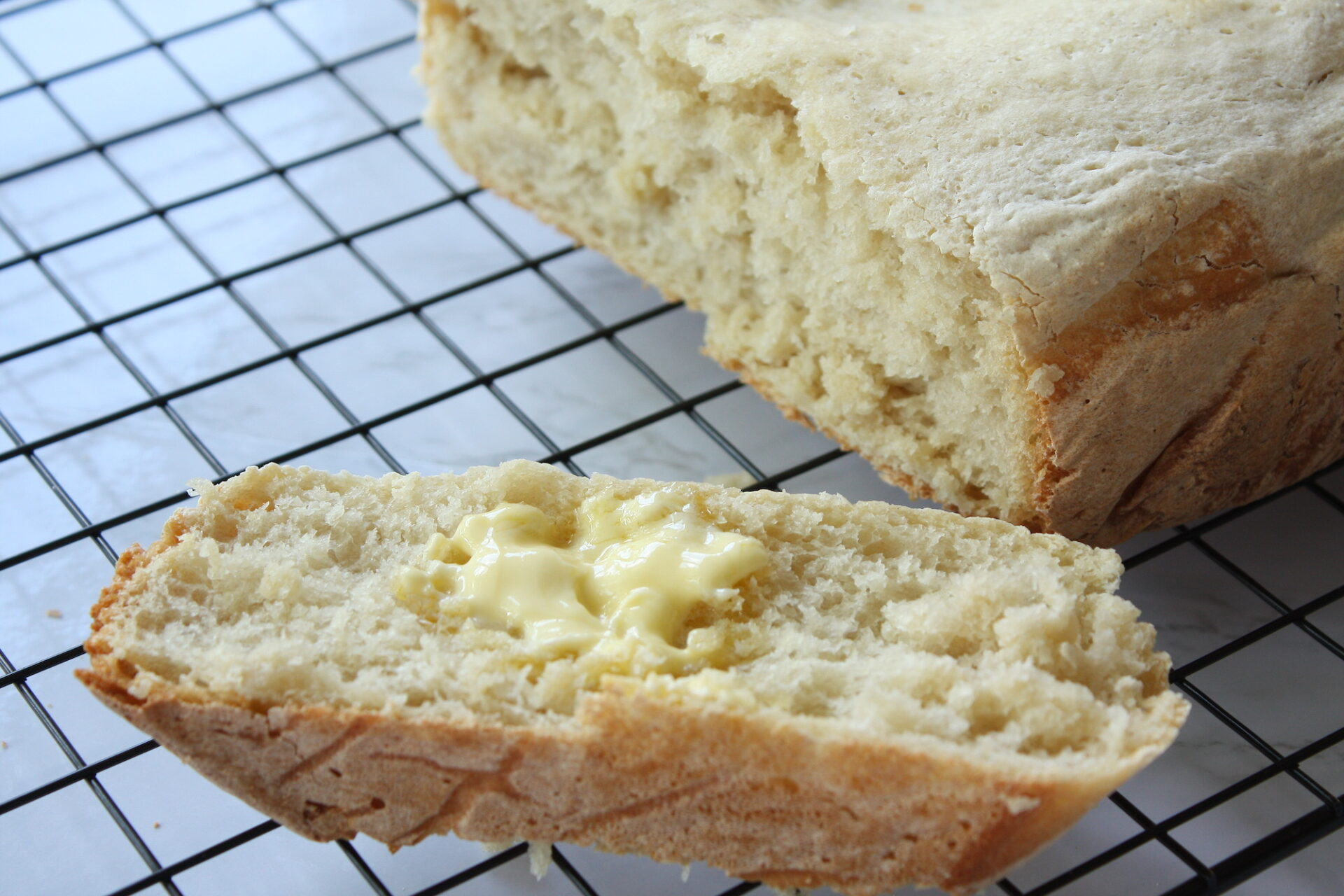 Add a header to begin generating the table of contents

If you are a homemade bread fan, I want you to save this recipe, make it when you have some extra time, and let me know if you agree with Cliff...it makes your home taste like a bakery or in his words, a Subway restaurant (random, I know). I was craving a rustic bread that could be enjoyed as toast, a panini, or just warmed with some butter. It may have taken over a month, but I guess I joined the isolation baking club that has been taking over social media. I love the concept of cooking "low and slow," which is why the crock pot is front and center in our house. When I traveled more for work, it was a life saver to prep in the morning, hit the road, and have something delicious waiting when I got home. You can't just leave slow cooker bread for the day, but I think it is a great way to make bread from scratch with little to no maintenance. This recipe makes a bread with mild crust and light, slightly spongy interior that we just love. Note that we enjoy an artisanal appearance, so the slight dip in the middle just added to its charm. If you want a more uniform finished product, you can insert a loaf pan into the slow cooker, or bake in the oven.

Advantages of Baking in a Slow Cooker

Though there is not one primary advantage of baking in a slow cooker, I believe there are a few that can really prove useful. First, you can make homemade bread without leaving it to proof, or rise (that's an oversimplification), overnight or for several hours. Slow cooker bread rises while baking at the low temperatures. In my opinion, one VERY useful benefit is freeing up space in the oven if you have a multi-part meal to prepare. Homemade bread is often overlooked as too difficult or time consuming, especially if getting ready to entertain a crowd. I love this recipe because it is simple, allows you to leave it alone for a few hours, keeps the oven available, and SMELLS DELICIOUS WHILE BAKING.

Disadvantages of Baking in a Slow Cooker

Unless you have a loaf pan that fits in the slow cooker, the bread will be a little more oval and flat than a traditional loaf. Again, this is best for a more artisan appearance. With traditional bread-making, the rise of the loaf benefits from the quick burst of heat in the oven. However, you WILL get some rise and can easily transfer the bread to the top rack of the oven for a few minutes at 475ºF to brown the top.

Serve your finished bread in a cast iron skillet (pre-sliced, so a knife doesn't hurt the finish of the pan) for a rustic aesthetic on the dinner table. 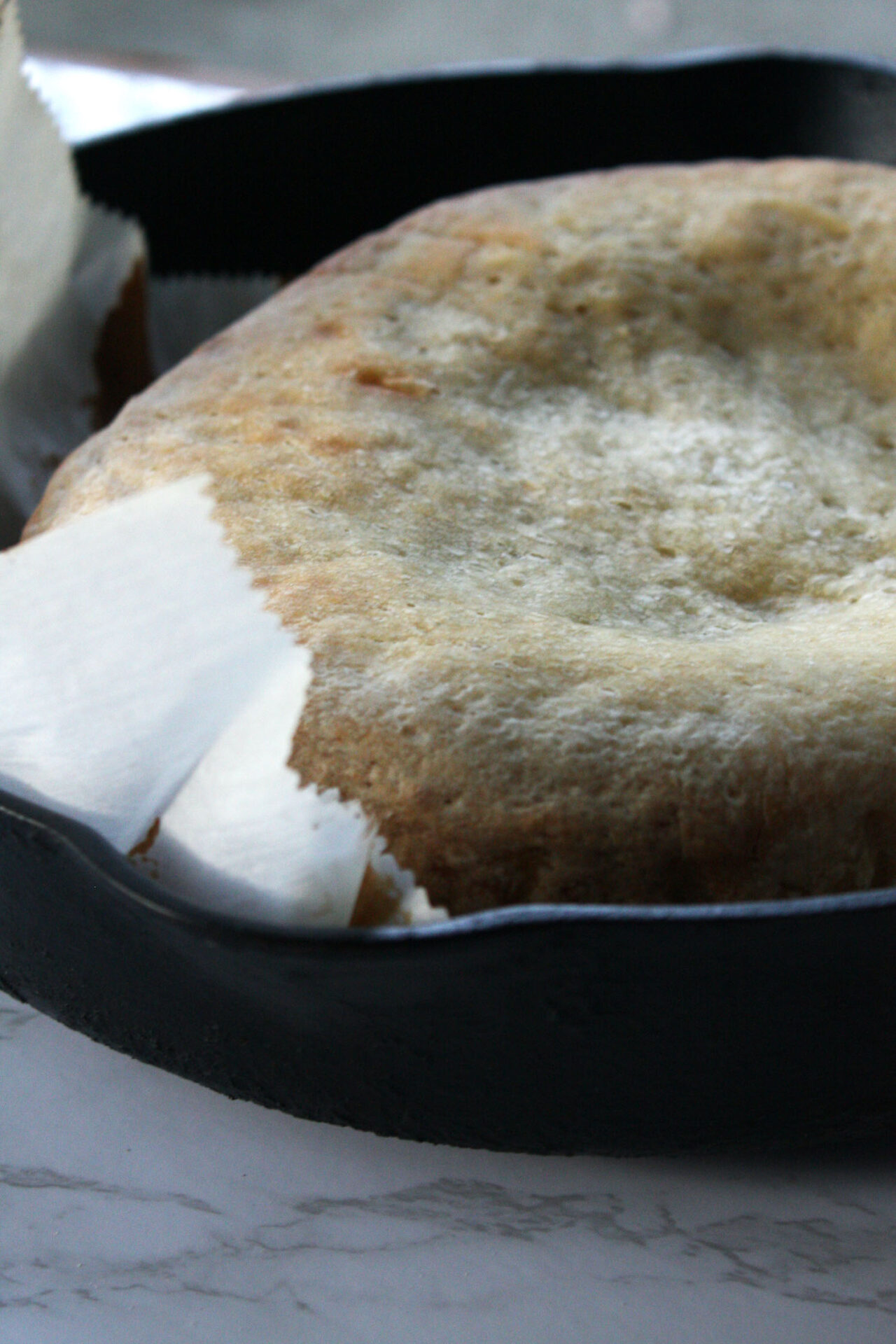 A few notes before you begin: 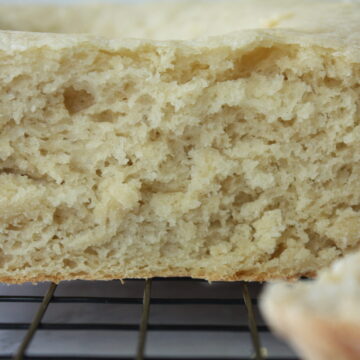 Melanie Lorick
Low maintenance bread that is both flavorful and easy to make - let the slow cooker do all the work for you!
5 from 1 vote
Print Recipe Pin Recipe
Prep Time 1 hr
Cook Time 2 hrs
Course Side Dish
Cuisine American
Servings 10 people

Keyword bread
Tried this recipe?Let us know how it was!

If you are a fan of sourdough, the honey and apple cider vinegar offer a flavor very similar to the "sour" notes in a traditional sourdough. Pair this with some "lighter" chicken salad and enjoy! And, until next time, cheers to your #hearthhealthhappiness.